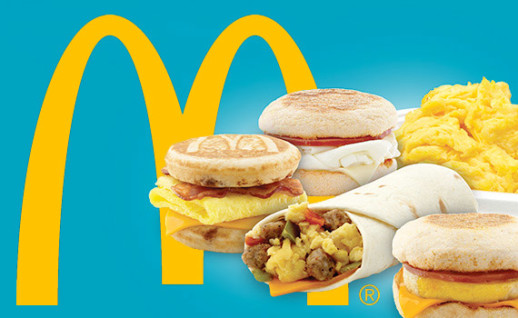 On October 6, 2015, after years of injustice for those who are not ‘morning people’ and can’t summon the energy to get out of bed before 10:30 a.m. to hit the nearby drive-thru, McDonald’s started serving its version of All-Day Breakfast.

Once the inevitable malaise of the McGriddle not being available passes, we will have a better understanding of just how successful the All-Day Breakfast campaign has been for McDonald’s.

A giant in the fast food industry, McDonald’s has been suffering from an array of what can be best described as identity problems as they tried to look toward the present and future and the fact that they’re losing younger customers who see them as more of a last resort option and not a destination.

Listening to your customers is crucial, and never before than in the age of social media have customers provided so readily almost instant feedback for you to use to improve your position. Social media platforms provide the perfect arena for you to engage with your customers on a meaningful level.

The move to All-Day Breakfast wasn’t a sudden development for the brand, and the collaboration between management and marketing teams in launching the campaign has been quite strong. They went back as far as 2006 to uncover social posts of customers who were blatantly telling McDonald’s exactly what they wanted: All-Day Breakfast.

And McDonald’s listened, creating GIFs and other social elements to let those customers know their voice was being heard. The impact of the social element on this campaign is even evident in the corresponding television commercials, as McDonald’s has taken to showing the Tweets and Facebook posts of customers along with their branded response to promote their new All-Day Breakfast offerings.

It really is a savvy attempt by a globally recognized brand to embrace the crowd-sourcing mentality that social media provides. So many social posts have been written over the years by customers disappointed they were not able to buy breakfast after the old 10:30 cutoff that McDonald’s actually decided to change the game in hopes of bolstering sales.

The move is bold for a variety of reasons, at its impact could trickle down to other similar fast food chains like Burger King and Carl’s Jr. who, like McDonald’s, have a cutoff time between their breakfast and all-day menus. In addition, Taco Bell, who earlier this year jumped into the fast food breakfast game for the first time, might even be compelled to extend the availability of its breakfast offerings, or get out of the breakfast game all together–

If you listen to what your customers say, they will tell you what they want.